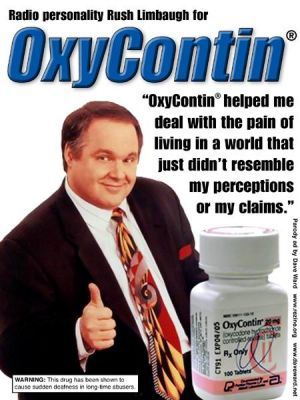 According to Rush Limbaugh, Barack Obama is not only trying to court the Latino vote by collecting an endorsement from Bill Richardson, but he is also courting the Asian vote.

“Bill Richardson, showing up with a goatee and a dangling mustache, like Fu Manchu with the beard — with a little goatee there. And that’s not by accident, ladies and gentlemen.”

I suppose it’s entirely possible that when Richardson grew his beard, not long after leaving the race for President, he was approached by the Obama campaign.  I can just imagine it, “Hey Bill, we were thinking that if you think you might endorse Barack down the line, maybe you should grow a beard so that you will not only influence Latinos, but maybe some Asian folks will assume you are Asian, too.”

For no particular reason.

A new medium.  It’s not really necessary, but why not?  I used to “blog” fairly often when I had a Livejournal.  I guess I still have it, but I haven’t written in it in years.  I still go back and read it every once in a while to take me back to when things were different.  I don’t blog often on Myspace because it makes me feel like I’m a 14 year old girl.

My friend Chad, from First Order Historians asked me if I’d be interested in possibly writing for their blog, so I started this up.  FOH is a music/entertainment type endeavor.

I’ve had a few things on my mind the last few days.  First of all, winter sucks and school is cancelled.  Therefore, my employer has stolen another day of June from me.  So instead of sitting outside at my nice new bar, watching a Cubs game in June, this particular “day off” will be spent trapped indoors.  At least my wife and daughter stayed home with me today.

I’d like to talk a little about politics.  I would imagine that a lot of what I write on here will be related to politics.

So I go and vote yesterday.  I didn’t vote my conscience.  If I would have, my vote would have been thrown away and it’s not like someone in the Democratic Party would have said “Hey, here’s a guy in Moline, IL that voted for Kucinich.  Perhaps we should consider what attracted him to Kucinich and take his views into account”.  So, this was yet another election where I didn’t really vote “for” someone, I voted “against” someone else.  That’s what happens when you live on the fringe, I guess.

I don’t engage in political talk if I know someone disagrees with me.  So office type political discussions, I keep at a minimum.  As someone that would be content watching Cable News all day long, I think it’s interesting why people form political opinions.  So I mainly like to observe during these discussions.  My favorite two statements yesterday at my work were both anti-Obama.

Person #2 – “I don’t like the fact that Obama is even running for president.  This has turned into a year and a half process and our state is messed up and he should be here trying to fix it”.

Now, before I get into how this is a stupid comment, let me say that I do think the Presidential run is far too long.  The primary process started about a year ago.  As a constituent of Senator Obama, I don’t necessarily like the fact that he is not adequately representing me in the Senate.  However, that’s politics, bitch.  That’s how our political system is set up.  Unless you are not currently serving, it’s going to be hard to run for President without basically abandoning your current position.  Secondly, yes, Illinois is jacked up.  We’ve had a string of awful Governors and this state is a mess.

However, Barack Obama is a US Senator.  He couldn’t stay in Illinois to help fix the mess if he wanted to.  He is a US Senator.  Someone did manage to point this out, but she retorted with “Well, he used to be a state representative”.  True enough.  But what you said still makes no sense.

I don’t know.  This is part of what makes politics so appealing to me.  People are fascinating.