daytrotter shares with the quad cities 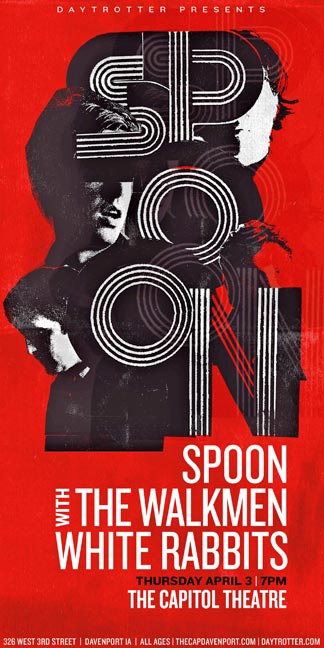 Daytrotter is breathing life into a portion of the Quad Cities music scene that has been dead for as long as I can remember. I have not seen many mid-sized or bigger indie rock bands come through here.

Tonight, Daytrotter has Headlights and Bon Iver playing at Huckleberry’s Pizza in the District of Rock Island. Then, on Thursday, Spoon, The Walkmen and White Rabbits are playing at The Capitol Theatre in Davenport.

For those of you not familiar with Daytrotter, it is a website that hosts indie bands in their studio and records them as they pass through our area. The list of bands they have recorded is extensive and the recordings are available to download for free on their website.

This entry was posted on Wednesday, April 2nd, 2008 at 12:36 am and is filed under music, Quad Cities. You can follow any responses to this entry through the RSS 2.0 feed. You can leave a response, or trackback from your own site.